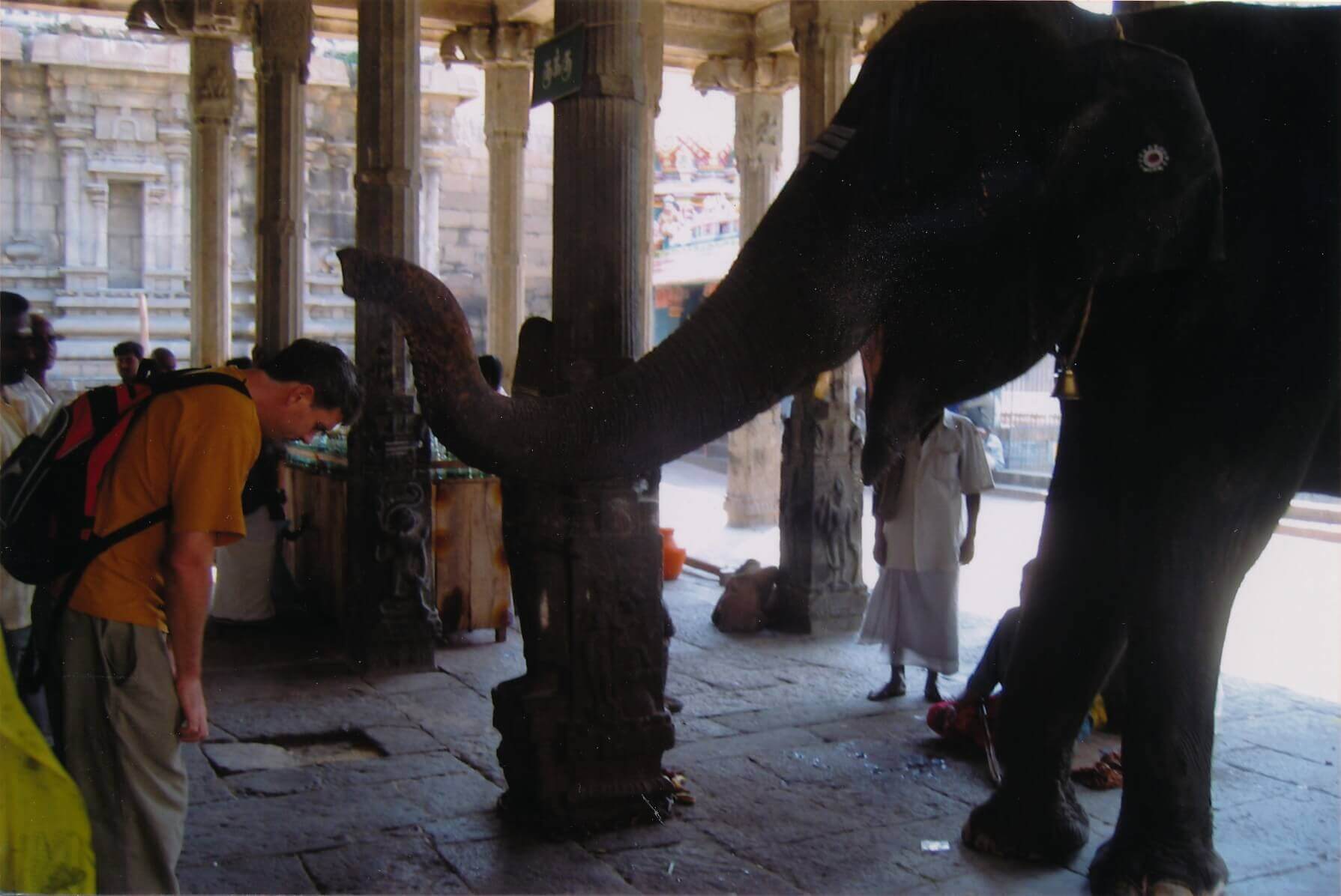 A Breakdown of Self Inquiry and Ramana Maharshi’s I AM Meditation.

Exploring the I AM Technique

Let’s explore the I AM technique for self-inquiry and its roots in the very make up of the human mind.

The technique is rooted in the idea that the essence of each being is the Self and that this awareness of the Self is possible for all. Ramana says that this sense of self is always with us, though the feeling is vague. The I AM technique is the remembrance of the Self. We become lost in thoughts and forget our essence. In Talks with Ramana Maharshi page 164, he writes, “Thoughts rule the life. Freedom from thoughts is one’s true nature—Bliss.”

The basis of the I AM technique is explained by Ramana, on ,  page 160 of Talks,  “The sense of body is a thought; the thought is in the mind, the mind rises after the “I”-thought, the “I”-thought is the root thought, if that thought is held, the other thoughts will disappear.” Holding on to that “I”-thought leads us to the essence of our sense of being: I AM. Read my first blog on Ramana Maharshi for more details on finding that feeling.

I first came across the I AM self-inquiry technique when I moved to San Diego to attend college in 1980. I had moved from San Francisco to fulfill my dream of becoming a surfer—I was heavily influenced in my early teens by the Gidget movies of the time! The other possibility I held out, and another storyline in a movie of the time, was to move to New York and work at the United Nations. I was intrigued by the idea of the nations of the world coming together to solve problems with intelligence and dialogue rather than the caveman mentality of physical violence.

The mind is a mystery to western sciences, but to Ramana Maharshi it is something understandable, accessible and able to be transformed. The reason the I AM meditation technique is so effective is that it is rooted in the foundational structure of the mind.

In Ramana’s first writing, Self-Inquiry, written in 1901, he notes, “This inquiry into the Self in devotional meditation evolves into the state of absorption of the mind into the Self and leads to Liberation and unqualified Bliss.” I take “devotional meditation” to mean meditation rooted in feeling, sensation and emotion. The Self is rediscovered, for it is never lost, through a profound awareness of our own existence. Self is a feeling.

I traveled to Ramana Maharshi’s spiritual community in 2006. I have read numerous books of his. With insights culled from his writings I posit three primary aspects of mind that develop organically, to a greater or lesser extent, in all human beings.

These three aspects of mind develop their basic functioning organically, as they are rooted in the survival instinct. They are developed to their highest potential by conscious effort. Lets start with the creation of mind. Ramana says, on page 20 of The Collected Works of Ramana Maharshi, “…there exists an entity known as the ‘mind’, which is derived from the subtle essence of the food consumed…” So it matters what we eat!

3 Aspects Of The Mind

Now to the three aspects of mind. Firstly there is the I AM consciousness, by which we are aware of our own existence. This sense of our own being is always there but most cannot quite put their finger on it. Ramana says on page 156 of Talks with Ramana Maharshi, to a seeker: “You are hazily aware of the Self. Pursue it. When the effort ceases the Self shines forth.” The gateway to the Self is this core I AM aspect of mind. We always have the vague sense that we exist, but most times the pure joy of the feeling of existence is covered by the fabric of mind that creates our sense of reality.

This second ability of mind is to hold a sensation or thought. This holding gives sensations and thoughts a feeling of permanence. We create the world in which we exist through this magical power: the thought of an apple, a memory from the past, a vision of the future or even the idea that you are the physical body.

It enables us to create a sense of the world around us and allows us to create identifications of ourselves as the various roles and activities that we do in the world. This aspect of mind leads to meditation and concentration techniques where one focuses on something such as a sound, mantra, mandala, chakra, quality or other points of focus. Ramana says that through these concentration techniques the mind gains strength, but he also notes that the experience is still rooted in thought and hence impermanent.

The third ability of mind that emerges is the capacity to hold in the mind multiple sensations and thoughts, and compare and contrast them. This last ability is described by Ramana with wonderful simplicity on page 20 of The Collected Works of Ramana Maharshi, “To think whether a certain thing may be eaten is a thought-form of the mind. ‘It is good. It is not good. It can be eaten. It cannot be eaten’: discriminating notions like these constitutes the discriminative intellect.” Through personal effort this aspect of mind leads to the ability to compare ethical and moral options and ultimately to distinguish the eternal from the transitory. This is the least developed aspect of mind in most individuals.

Through the proper use of the I AM method of self-inquiry we reconnect with our core mind and from there connect into the Self. To learn this technique I advise reading at least 4 books by Ramana Maharshi. His writing will give you a basis for understanding and practicing self-inquiry. Give yourself quiet time each day to concentrate upon his writings, interspersing reading with concentration, breath awareness and mediation.

I AM awareness, which we all have, yet are not fully conscious of, can become a conscious experience. When that occurs it is the state of Samadhi and Liberation.