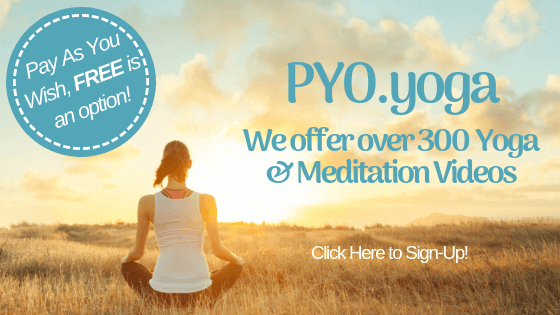 Yoga Rules for Life: The Theory & Practice of Sexuality in the Context of Yoga.

Sexuality is one of the cornerstones of our lives. It permeates our biology and hence our thoughts.

Our culture and media, which is a reflection of our shared interests, is constantly broadcasting sex and sexuality, oftentimes to influence our behavior.

Our sexuality is a part of our identity. Yoga is the exploration of identity and ultimately leads us beyond our identity formed by thought and into our identity connected to the infinite.

Our sexuality is part of our body. Our bodies are part of the continuation of our species and hence procreation and the raising of children are ingrained in our DNA.

Yoga is the exploration of our body. We become aware of our bodies through the practice of the physical postures of yoga: asanas. The asanas make our bodies strong and supple allowing for the natural flow of energy.

Body, mind and emotions are intertwined. By opening and strengthening our bodies we allow for the natural and holistic expression of our sexuality.

Sexuality affects our breathing. Yoga involves the awareness of breath and breath regulation. Through breath awareness and control we can become aware of our sexual energy and its intrinsic nature in our being.

The essence of yoga is to become aware of our deepest nature. The practice of yoga involves bringing stillness and hence the power of observation to all parts of our being. In the stillness of observation we are able to realize and utilize the vast storehouse of energy that is inside the biology and psyche of each of us.

This stillness is achieved through many means: mantras, breathing techniques, visualizations, meditation and exercise.

Yoga is traditionally thought of as having eight limbs. The first branch involves moral and ethical observations and one of these is brahmacharya, which is the observation and utilization of our sexual energy. Brahmacharya is often translated as celibacy.

In order to explore celibacy we do not need to take a lifelong vow of celibacy or live as a hermit in a cave. Amidst all our activities and various interpersonal relationships we can observe and learn about ourselves by observing the sexual energy in our lives.

Try maintaining calmness and observe the sexual energy without physically or mentally reacting to it. In this stillness, however long it lasts you can observe and learn about yourself.

There are many forms that sexual energy can take. It is in essence the force of creation. Try channeling your energy into different facets of life:  business, friendships, artistic pursuits etc.

All aspects of yoga will help you to do this: the postures, breathing exercises, meditation and study. Brahmacharya is not a moral judgment about sexual energy being good or bad. Rather it is an exploration, a scientific experiment, and a journey into the essence of the most powerful force in creation.

The sexual force is depicted in mystical art and literature as a snake that is coiled up at the base of the spine. Often called the kundalini, it is the power of nature, which for most human beings resides in the energy centers below and around the navel. The snake is awake but the energy is used in satisfying our base desires: lust and cravings for power, name, fame and wealth.

We also find the snake in the mythology of the Garden of Eden. It is the snake, the sexual force, experienced in the form of pleasure that leads Adam and Eve to a new relationship with the world in which they live. Sex with another changes our lives and destiny.

The mystical imagery of enlightenment often depicts this kundalini snake as awakening and winding up the spine until it reaches the brain: the top of the spine, the crown chakra. It is then when the yogi is awakened; when you are awakened!